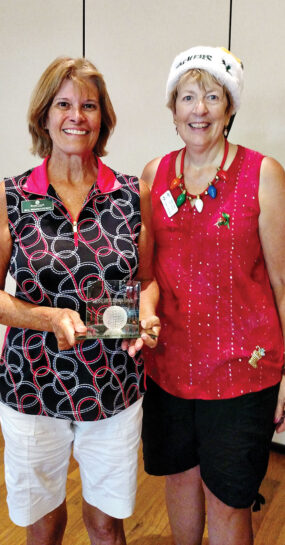 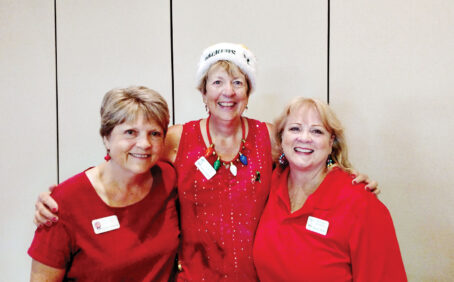 Kimberly Nichols (left) and Beck Ashin (right) are congratulated by Janet Wegner for getting a score under 40 for the first time in their putting careers; Photo by Sylvia Butler. 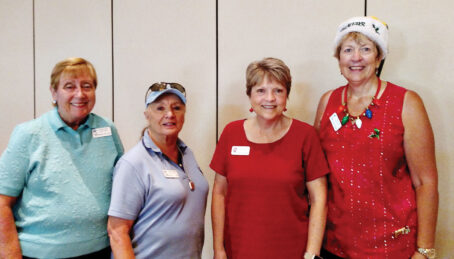 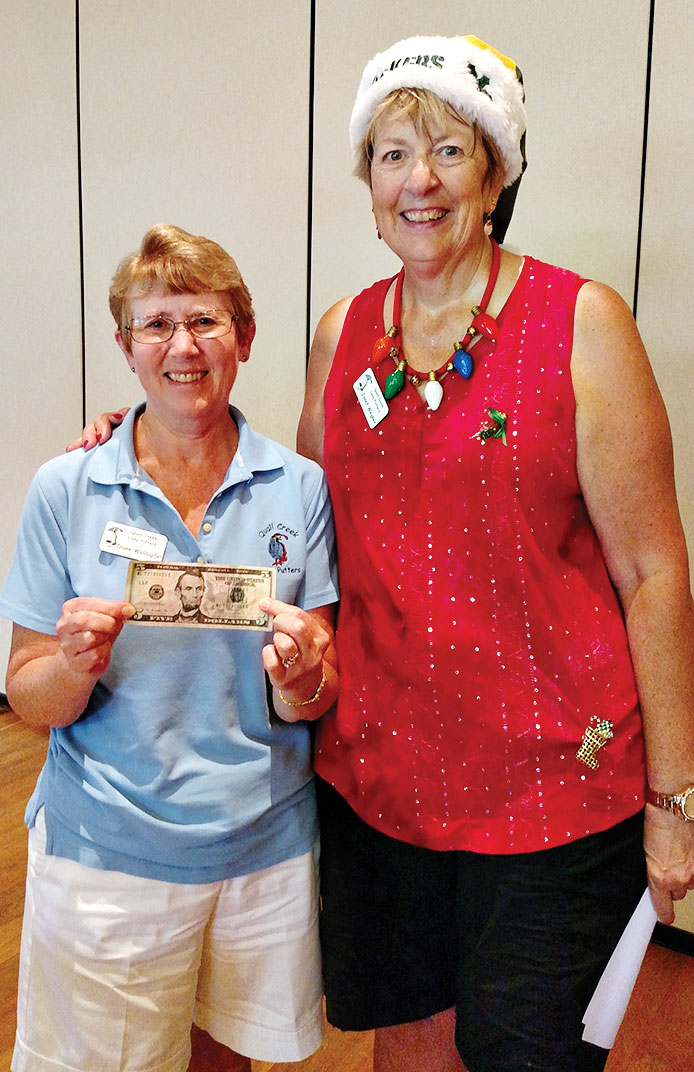 Diane Waldapfel (left) was the lone Putter who got a hole-in-one on the mystery hole on July 11. She earned $5 for her achievement presented by Janet Wegner; Photo by Sylvia Butler.

The Lady Putters celebrated mid-summer with a bruncheon, a cross between brunch and lunch on July 11. After enjoying a chicken and grilled peach salad entrée followed by rainbow sherbet, members listened attentively as Putters president Janet Wegner announced the winners for the previous six-week period.

Two long time Putters, Mary Anderson and Yoshie Hennessy, tied for a Low Gross score of 35.50. Gloria Clancy had a Low Net score of 32.75. Jill Wibbenhorst scored the most holes-in-one with 12.

Achieving a score of par or under for the first time were Terri Porisch with 35 and Tina Davis with 34.

Receiving a score below 40 for the first time were Barbara DeLange, Beverly Wake, Ruth Maki and Sue Anderson, each with a 39; Becky Ashin and Renee Crogan with 38; and Di Minuskin, Diane Gordon, Kimberly Nichols, Marilyn Findley and Shari Cerrone, each with 37.