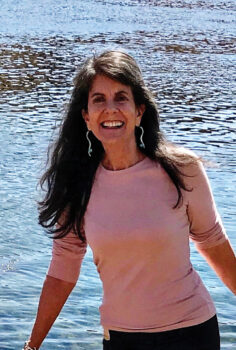 The 2020 Kino Lecture Series kicks off the second lecture of this four-part series on Monday, Jan. 20.

Lisa Schnebly Heidinger will talk about “How We Survived Prohibition, Arizona Style!” She’ll share funny and fascinating anecdotes on some of the colorful characters and places around the state—including when men tried to break into the Gleeson Jail, a former jail located in the ghost town of Gleeson, Arizona, that was built in 1910 and restored in 2008—that played a role during the decade when ‘drinking’ was not allowed. “Some of these places are still in existence today. You’ll want to get the inside scoop so you can visit them for yourself,” Lisa said.

Before Lisa became the author of ten books about various aspects of Arizona, she got her start as a cub reporter for the Green Valley News. Checking the police blotter at the sheriff’s substation on Monday mornings, she covered speakers at the Social Center East and West Centers, interviewed Holocaust survivors, and a former Rockette. After four years her career moved into television news reporting where she had dinner with a polygamist, his two wives, and 19 children, she crawled through El Chapo’s drug tunnel that came up under a pool table in Mexico, and walked (what would become) the Arizona Trail with founder Dale Shewalter, and had many other adventures.

Lisa is a community activist, mother of two, and a Tucson native and is keenly interested in Arizona history. Her family history dates back to before Arizona became a state in 1912. Her great grandmother, Sedona Schnebly, for whom the town of Sedona is named, is the subject of one of her many books. Starting her career as a journalist, but with a keen curiosity and intense interest in history, Lisa has authored several books about Arizona history, including Tucson: The Old Pueblo. As an Arizona Humanities Road Scholar, she has spoken to audiences all over the state.

“I believe that everyone is given certain puzzle pieces to contribute to the overall picture of the world, and mine involves collecting and sharing stories. I love discovering interesting bits of Arizona history that combine to make a kaleidoscope of images, sometimes surprising and always fascinating,” Lisa said.

The Kino Lecture Series is sponsored by The Women of Quail Creek’s (TWOQC) Scholarship Committee. All profits go directly to scholarships awarded to senior girls at Sahuarita and Walnut Grove High Schools and to local Women in Transition (women over 21 years old returning to higher education). Since 2016, TWOQC Scholarships Committee has awarded $27,000 in scholarships and will add to that amount in 2020.