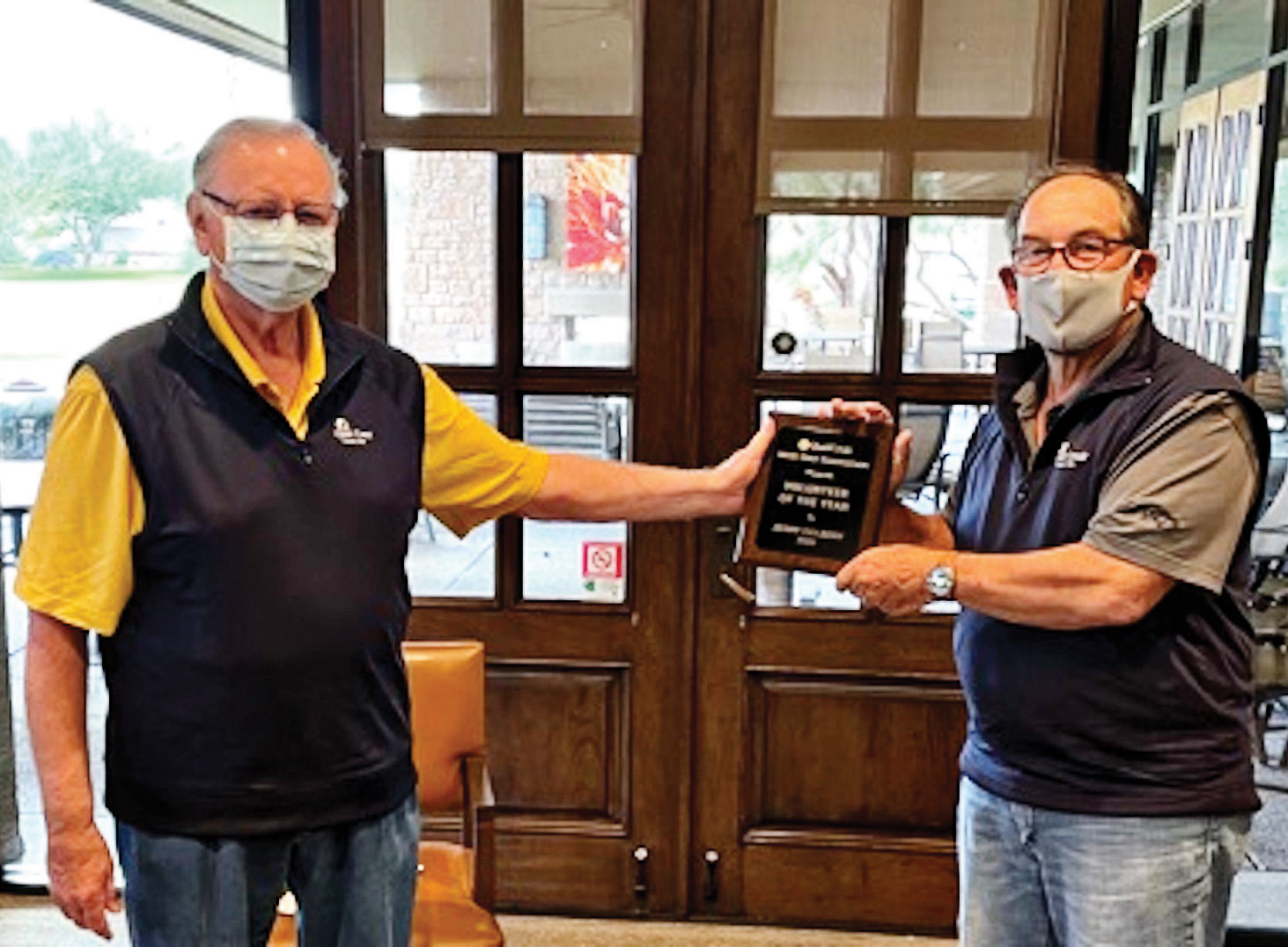 The Quail Creek Men’s Golf Association (QCMGA) is awarding the 2020 Roy Barnes Volunteer of the Year Award to Jerry Colbert.

Jerry is well deserving of this award. He has served on the QCMGA board for several years in various capacities. He has been membership chair on two occasions, has been on the invitational committee for many years, and has served as an ex officio parliamentarian for the board. Jerry has also handled the board’s election process for several years and set up the QCMGA annual meeting slide show that has informed members of the past year’s activities, and has been a liaison with the AGA. Currently, he serves as QCMGA’s web webmaster, in charge of the association’s new website.

The best way to describe what Jerry has done for the golfing community at Quail Creek is to ask various QCMGA past presidents and board members for their comments. Tom Bruno, past president, describes Jerry as someone who “will take on virtually any task requested.” He also describes Jerry as someone who “is constantly looking for different ways to improve or advance the system we use to facilitate the club’s activities.” Tom says Jerry “gets along with everyone, is supportive, and promotes goodwill in the club.” Tim Philips, past president, described Jerry as “someone who can find the missing information from past years. He is one of the most important people we have in making the organization run smoothly.” Craig Parsons, another past president, mentioned that, “Jerry is the idea man for the board.” Jim Lynch, tournament director, says of Jerry, “Jerry provides invaluable insight and input into all our governing procedures.” Finally, Shel Zatkin, current president states, “I do not know anyone who works harder for the QCMGA members. I wish we had more like him.”

Jerry has put in countless hours helping the Quail Creek golfing community. He and his wonderful wife Laura have been involved in many activities here in Quail Creek. We are so lucky to have the Colbert’s living in this community. Jerry has been the digital voice/face of the QCMGA for over 10 years, and it is quite fitting that the 2020 QCMGA board has awarded Jerry the 2020 Volunteer of the Year Award.