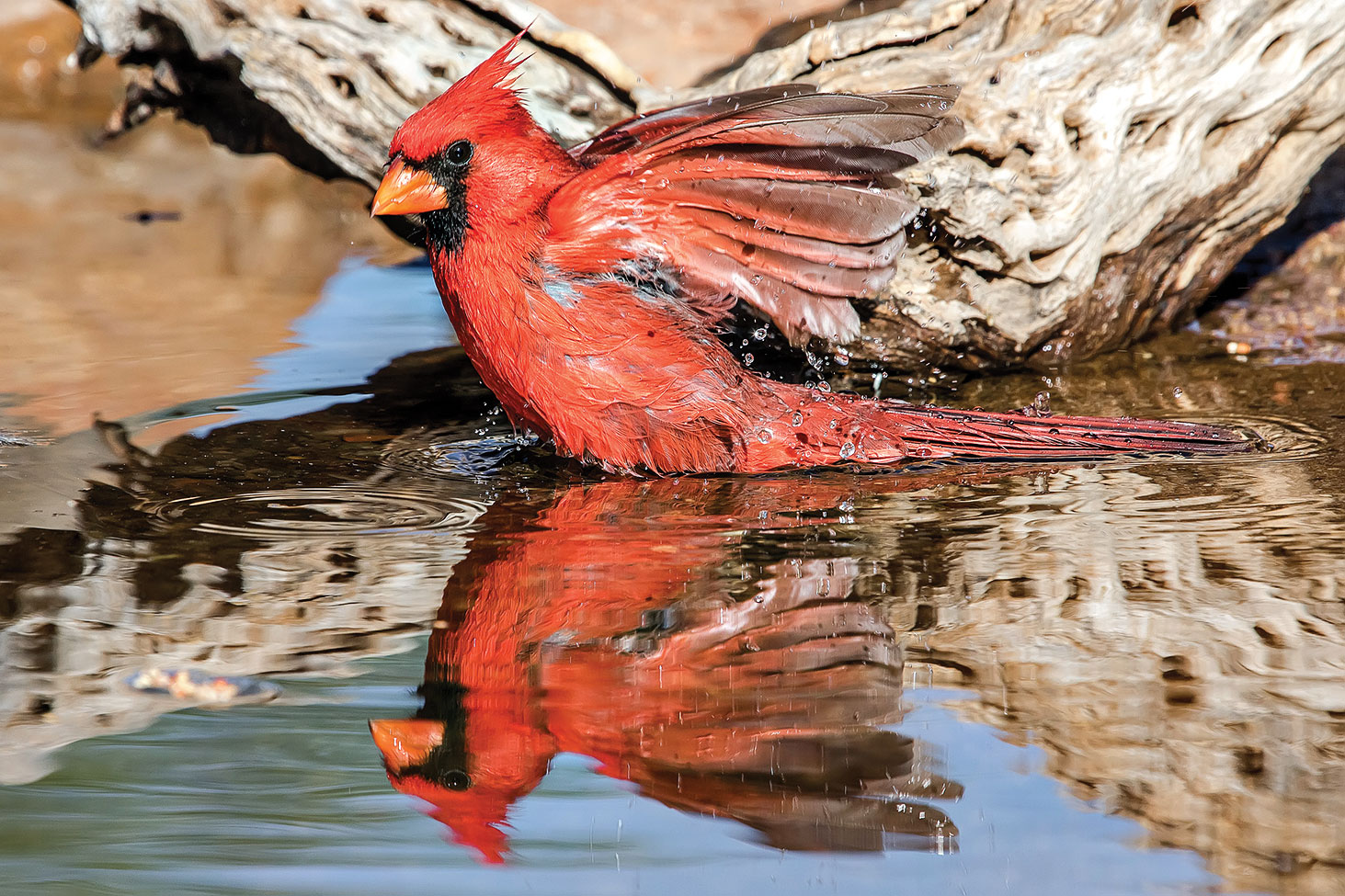 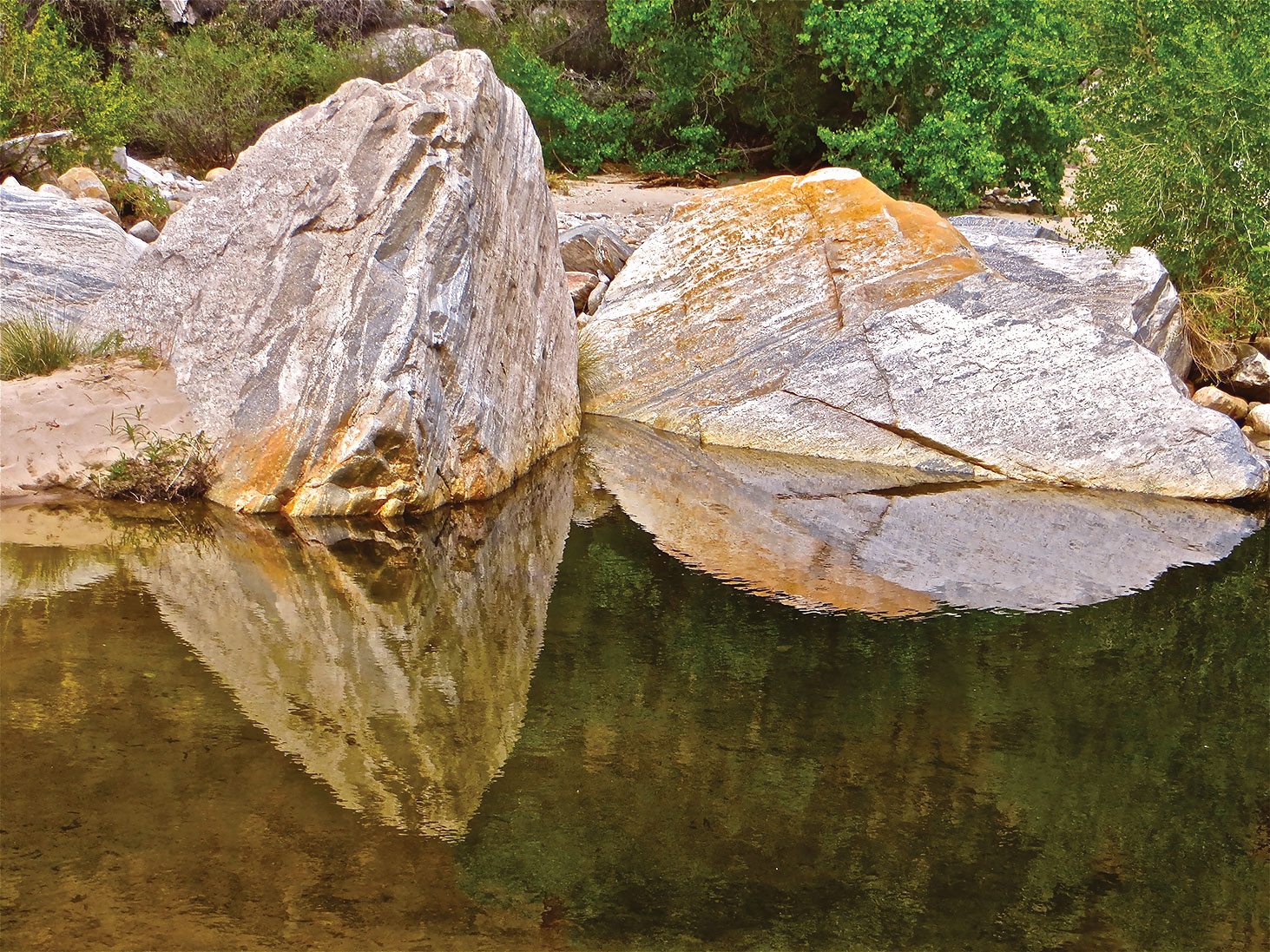 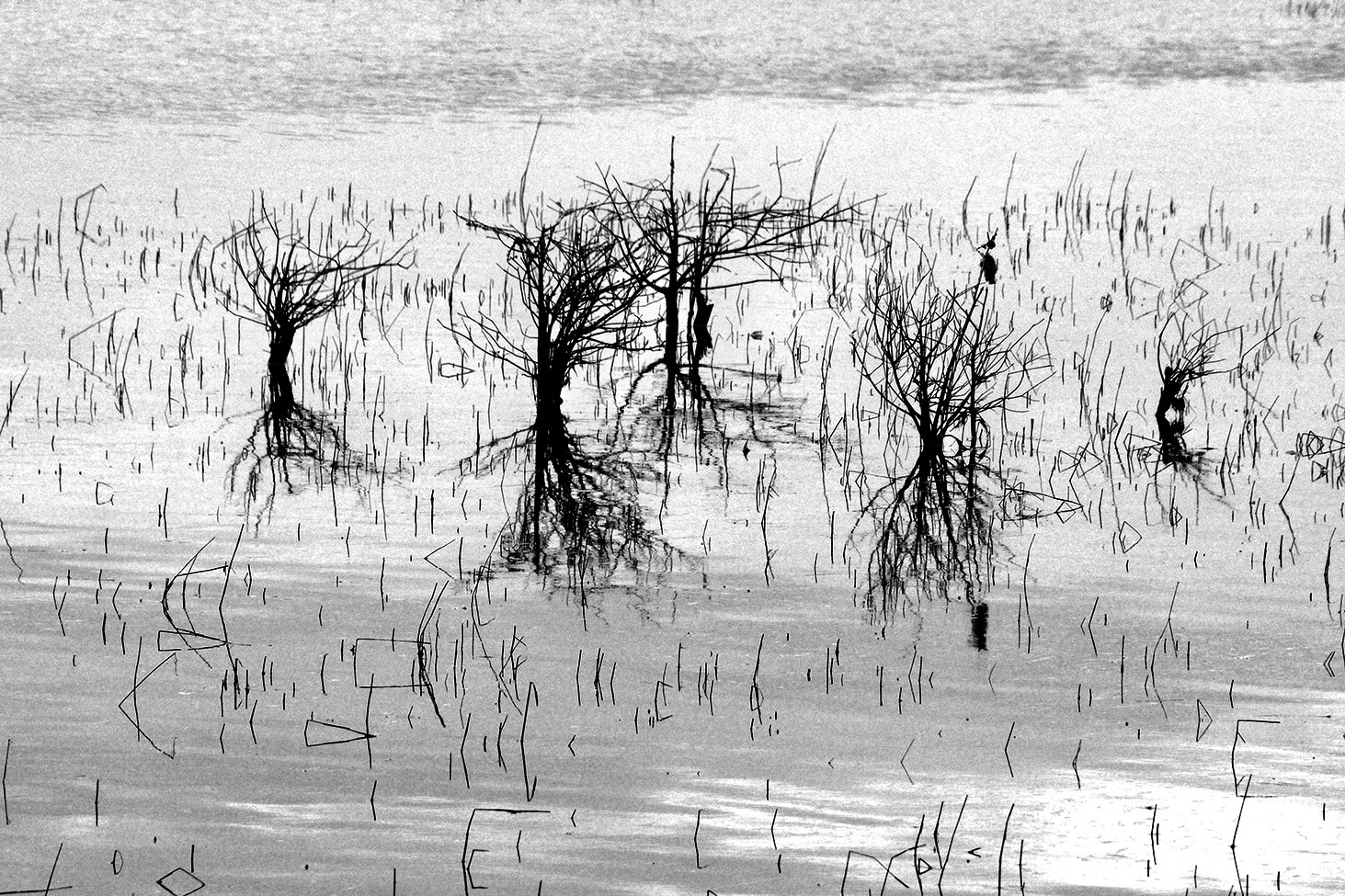 A definition is needed for this article. How is reflections defined? Thanks to Webster’s New World Dictionary of the American Language for assistance. As a verb or noun reflection is an image of somebody or something that appears in a mirror or other reflecting surface (synonyms: mirror image—likeness—echo—image—replication); the process or act of reflecting something, especially light, sound or heat and finally careful thought, especially the process of reconsidering previous actions, events or serious contemplations.

The May 2016 photo contest theme was Reflections. There were 23 entries which had a very diverse image selection based on the definition of the term. The independent judges took considerable time in deliberating their voting. About two months ago, Jeff Krueger had an opportunity to spend a morning in a bird blind just outside Madera Canyon on private property. He set up and shortly had a number of birds coming in and the cardinal was one that got numerous favorable shots. The bird reflects clearly and distinctively in the pool of water. Jeff received the independent judges first place vote for his picture Bird Bath. Camera: Canon EOS 7D Mark II, f/13, 490mm, 1/800 sec, ISO 640.

Steve Piepmeier’s second place photo Gneiss Sabino Creek reflects the metamorphic boulders in the slow moving water of Sabino Creek. Sabino Canyon is a treasure of the Southwest and the hiking along the Seven Falls Trail is spectacular. The geology shows the banded jumbled Gneiss boulders that were tumbled down from earthquakes and floods through the centuries. The calmness of the creek with the abstract nature of the reflections caught Steve’s attention. Camera: Canon PowerShot SX260HS, f/4.5, 11.58mm, 1/500 sec, ISO 100.

John Strandquist’s third place photograph for May’s contest, The Dancers, was shot in February 2015 while on a trip to Sunset Beach, North Carolina. Close by was a small park that contained a low area that was under water. The small saplings and some grasses formed interesting reflections on the mirror-like surface, making it difficult to determine the reflection from the real image. John enhanced his image with Nikon’s CaptureNX software. Camera: Nikon D300, f/13, 200mm, 1/640 sec, ISO 640.

The Photography Club of Quail Creek has a monthly photo contest for its members and also schedules numerous photo field trips throughout the year. A formal meeting is currently held the second Wednesday of the month at 7:00 p.m. at the Kino Conference Center. All Quail Creek residents are invited. Consult the club’s constantly updated website http://www.pcqc.org as well as the weekday HOA What’s Happening for additional information. New members to the club are always welcomed.