Green was the color of the day on the putting green. (Photo by Teri Porisch) 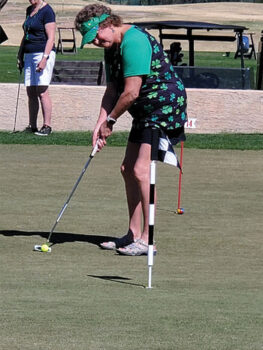 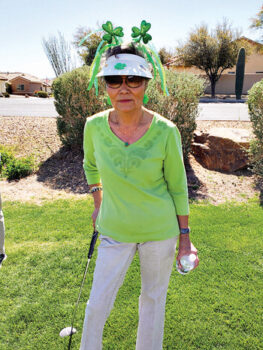 Despite her Japanese heritage, Yoshie Hennessy became Irish for the day. (Photo by Janet Wegner)

They say everyone is Irish on St. Patrick’s Day, and the Lady Putters were no exception. It was a pleasant morning, and almost all of the 75 Putters wore various shades of green while they putted.