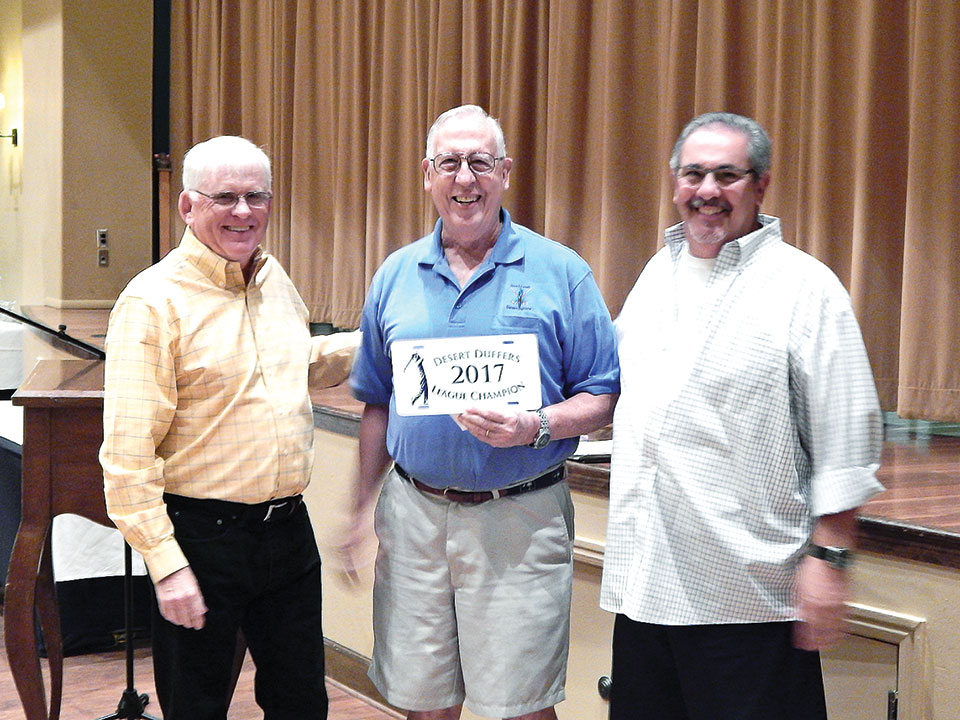 The Quail Creek Men’s Nine Hole Golf Club (Desert Duffers) just completed their annual club championship tournament. This was played over three weeks on each of the three courses with one round on March 7, the second round on March 14 and the final round on March 21, followed by an awards luncheon on March 23.

The Club Champion for 2017 is David Martinson.

The winner of the Overall Low Gross score is Dave Groom.

The awards luncheon was held at the Madera Clubhouse with a big thank you to John Murphy for arranging this event. President Russ Sipe acknowledged and thanked Tournament Director Bob Shumate and his committee of Ron Hughes and Bill Trefethen for conducting the annual tournament in the spirit of the Desert Duffer motto “Golf is a game—have fun.”