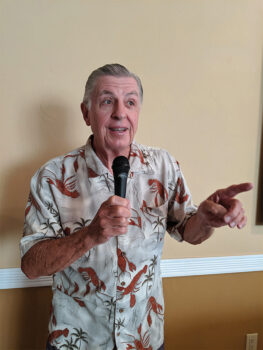 QCMGA member, Davey Jones, scored his first hole-in-one at Quail Creek on April 21 and the fourth hole-in-one in his lifetime. He was playing Coyote number 4 and used a 5-hybrid for a red flag, 130 yards away. He was playing with Rick Kimes, George Bertsch, and Wayne Jewett. Congratulations, Davey!