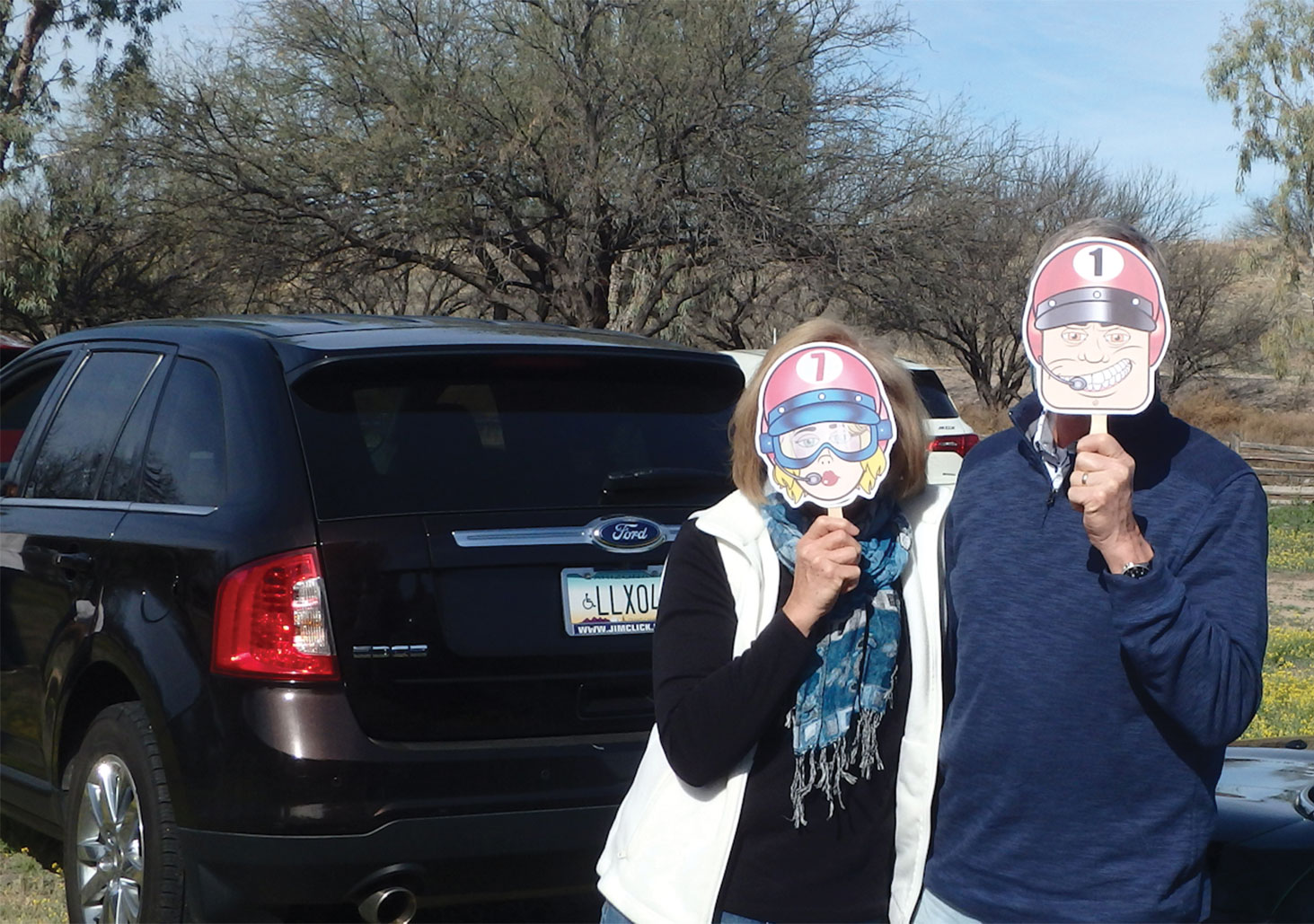 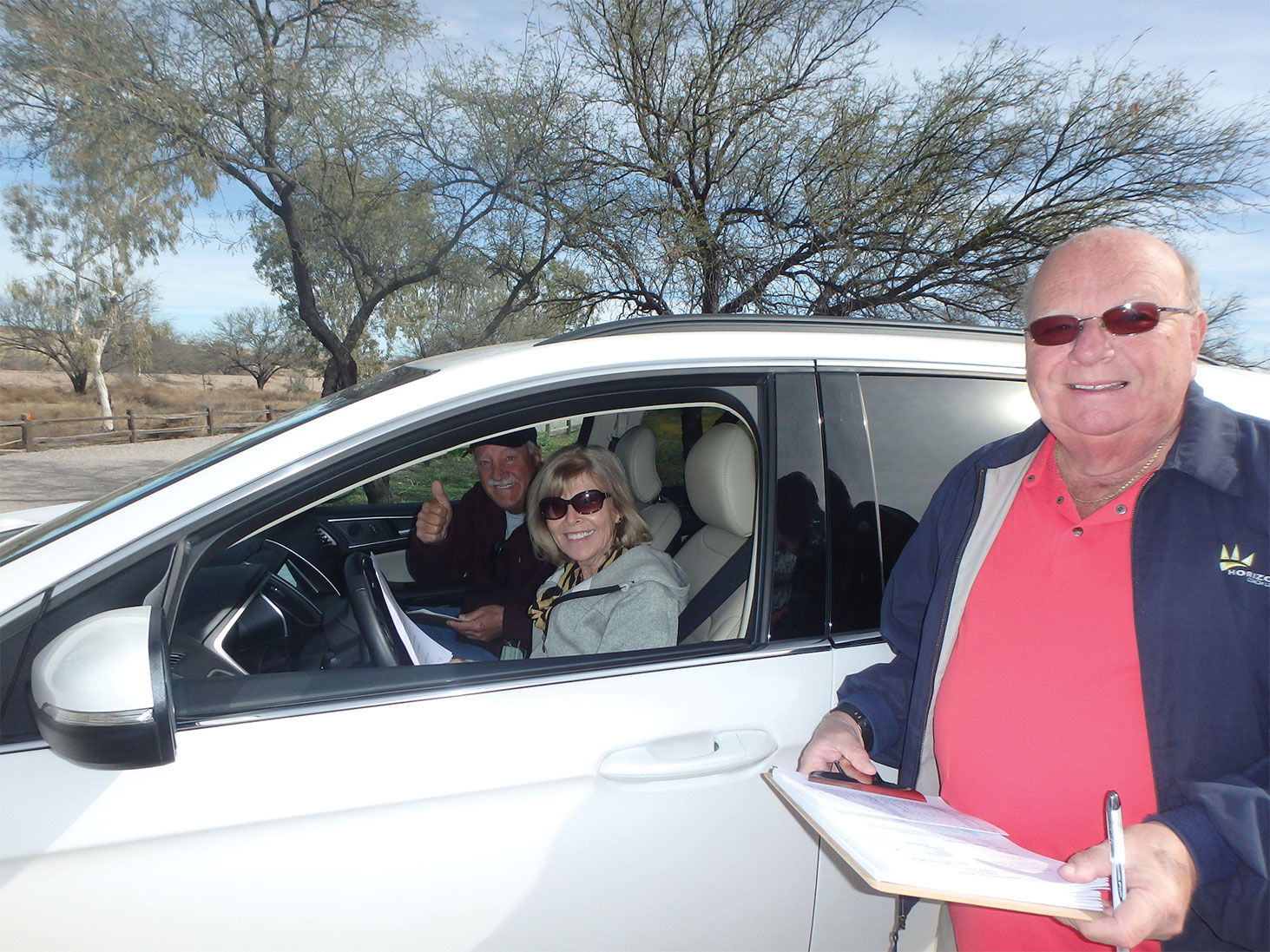 The annual Road Rally was ten days out when I started watching the weather. I had not yet revealed the starting point so only I knew we would line up the teams and start from an unpaved open field at the Amado Territory. Rain before or on Rally Day, March 9, would create a muddy mess and rain was in the forecast before and after the 9th. As luck would have it March 9 dawned under a clear blue sky and dry field for our launch.

Teams arrived in high spirits eager to test their mettle against a rally course full of navigation challenges and conundrums. In accordance with the pre-rally instructions, Jadine and Bruce Hilt showed up with their “game faces” on.

Putting on a Rally involves numerous moving parts and was only possible with a team of volunteers who deserve a special thank you.

Course Developer Deborah Bryant, my wife, rode shotgun with a clipboard taking notes and making suggestions as we scouted routes and made refinements over the course of several months. Just as in running the course on rally day, developing the route is a two-person team effort.

Launchers Gary Johnson and Kirk Butler once again this year organized the teams in launch order at the starting line and expertly managed the five-minute interval launch for each team.

Receivers Doug Detman and Peggy Mykins had an excellent curb side manner and scored each rally sheet as teams arrived to facilitate a timely start for the lunch time program.

Raffle Sales Karen Johnson and Kathy Butler sold tickets for those wanting to participate in the “Avalanche of Loot” Raffle.

The annual Road Rally has a dual purpose, have a great time and do something worthwhile for someone else. This year the registration fees were donated to the Green Valley Community Food Bank. Mr. Roy Dickover, the Food Bank’s Advisory Board President, was on hand at the Post-Rally Luncheon to accept the Cool Car Club’s $450 donation.

Second place: Bruce and Jadine Hilt with 76 points. First time entry in the club’s rally and they turned in a perfect question score.

First place: Vern and Debra Spohn with 78 points. First time entry in the club’s rally and they also turned in a perfect question score. They edged out second place to win with better mileage and time scores; outstanding!

Jim and Julie Ratley were recognized for having the Coolest Rally Call Sign, the “Rat Racers.” And, Lorene Martin is credited with the most innovative rally problem solution. When she suffered pen failure, she started writing answers on her rally sheet in lipstick.

An arms race of sorts is subtly unfolding. As I concoct more challenging course conundrums the teams get smarter and smarter…wait until next year.

April 11 Mini Golf and Steak Dinner. This will be our season closer. Organize a foursome and practice your putting.