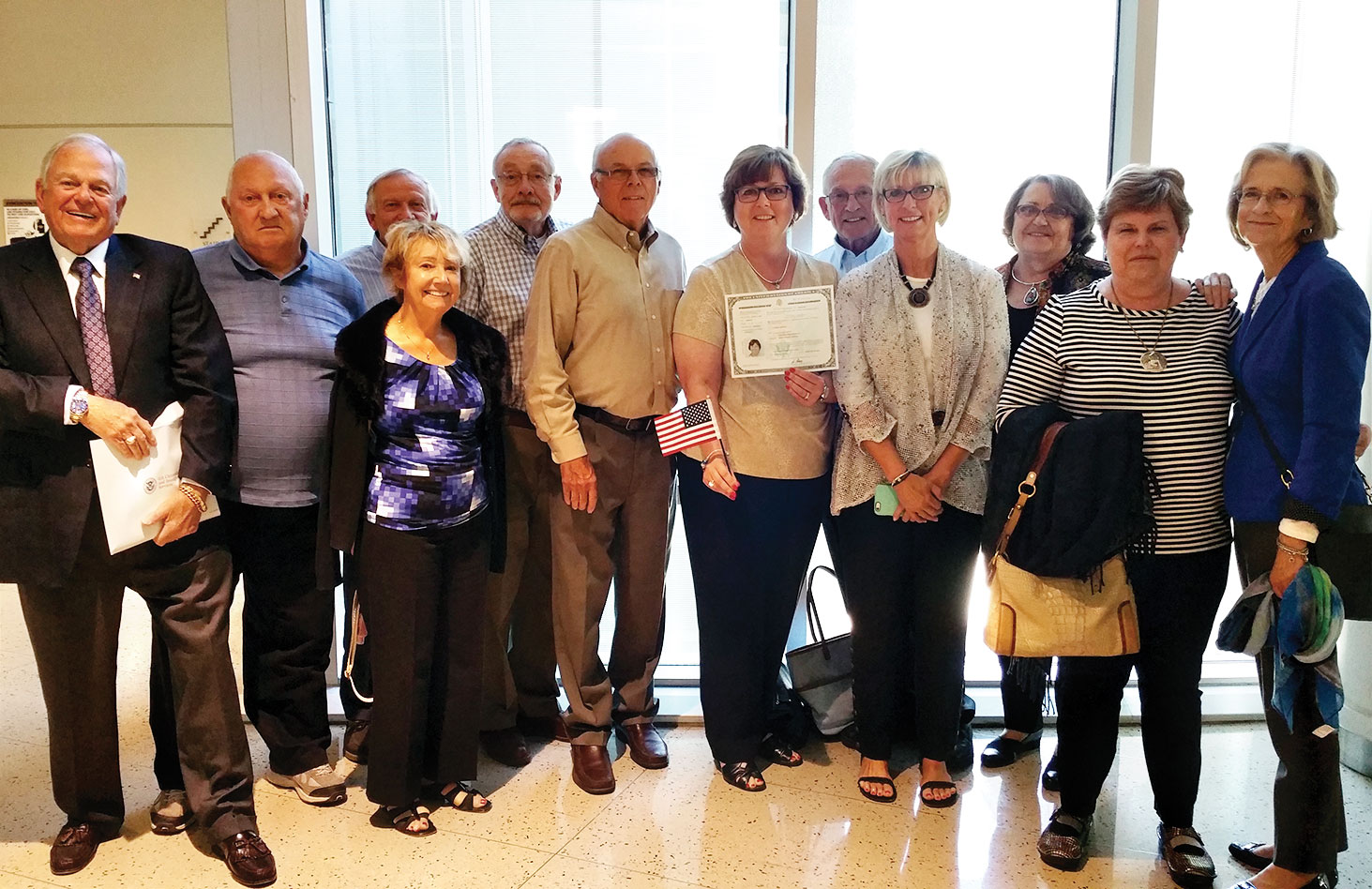 Congratulations to Christel Golay who recently became an American citizen. After two stints of living in the U.S. for a total of 23 years, Christel applied for U.S. citizenship last fall. Her Naturalization Oath Ceremony was held at the Federal Building in downtown Tucson on Friday, February 26, 2016.

Many friends from the Quail Creek community attended the Oath Ceremony and helped Christel celebrate becoming a citizen on the Saturday after the ceremony.

Christel is originally from Melbourne, Australia. During a 40 plus year career, she has worked for two global computer services companies: CSC, headquartered in Virginia, for the last 26 years and Automatic Data Processing headquartered in New Jersey for the prior 15 years. In her working career, she has enjoyed living in numerous foreign countries and in various American states.

Christel and her husband Larry Golay, originally from Indianapolis, Indiana, have been married for 26 years. The Golays moved to Quail Creek a year ago from North Carolina and presently reside at Lot 5, Unit 11, which is on the corner of N. Hale Drive and E. Bluejay Bluff Lane.

The Golays are members of the Quail Creek Duffers and Lady Niners golf groups and also enjoy shooting and visiting local attractions. They are almost finished re-landscaping the front, side and back of their corner lot using native cacti, palms, mesquite trees, skulls, wagon wheels and discreet lighting. Drive by to admire their handiwork.