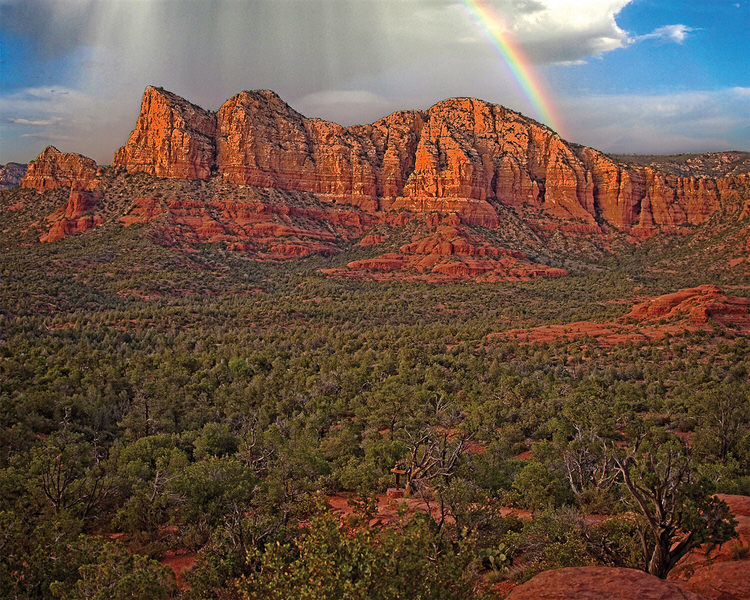 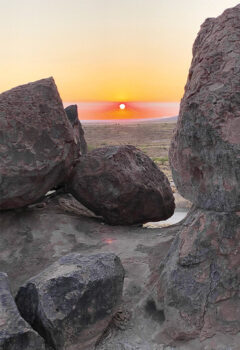 The Photo Club of Quail Creek continued with its monthly members’ contest, with April having the topic of landscapes. Each club member could enter up to three photos taken in the last three years. This subject was a popular one for the members and drew 24 entries. All of the photos can be seen on our Flickr site tinyurl.com/2p8vpp53.

Tom Reiman won first place with his photo Sedona Sunset. Tom commented, “My photo was shot in Sedona the night before going on a ‘Chasing the Milky Way’ trip with Scott Stulberg. It was shot at sunset in an elevated bluff overlooking the road between Sedona and the Village of Oak Creek. We shot the Milky Way from this spot the next night. Post processing included removing portions of the road that goes through the middle of the image, some dodging and burning, and normal adjustments for sharpening, contrast, etc.” Tom used a Canon Mirrorless R5, shooting at 40 mm, 1/30 sec, f/4.5, and ISO 500.

Shari Rogers took second place with her photo Birdscape. Shari commented, “We were in Florida and decided to do an airboat ride and went south by Lake Kissimmee. Beautiful area and swamp full of birds and alligators. I spotted the crane and thought it would be a nice shot, since it showed the beauty of the area and landscape. The crane made it interesting, but the vegetation, water, and overall beauty made the shot.” Shari used a Nikon D500 shooting at 185 mm, f/8.0 at 1/800 sec.

The photo Rock Sunset, by Larry Hudson, placed third. Larry said, “The photo was taken just at sunset in City of Rocks State Park, north of Deming, N.M. I noticed a great red sunset and positioned it between several of the interesting rock formations on the west edge of the park.” Larry used an iPhone 11 shooting at f/2.0 with a shutter speed of 1/370 sec.