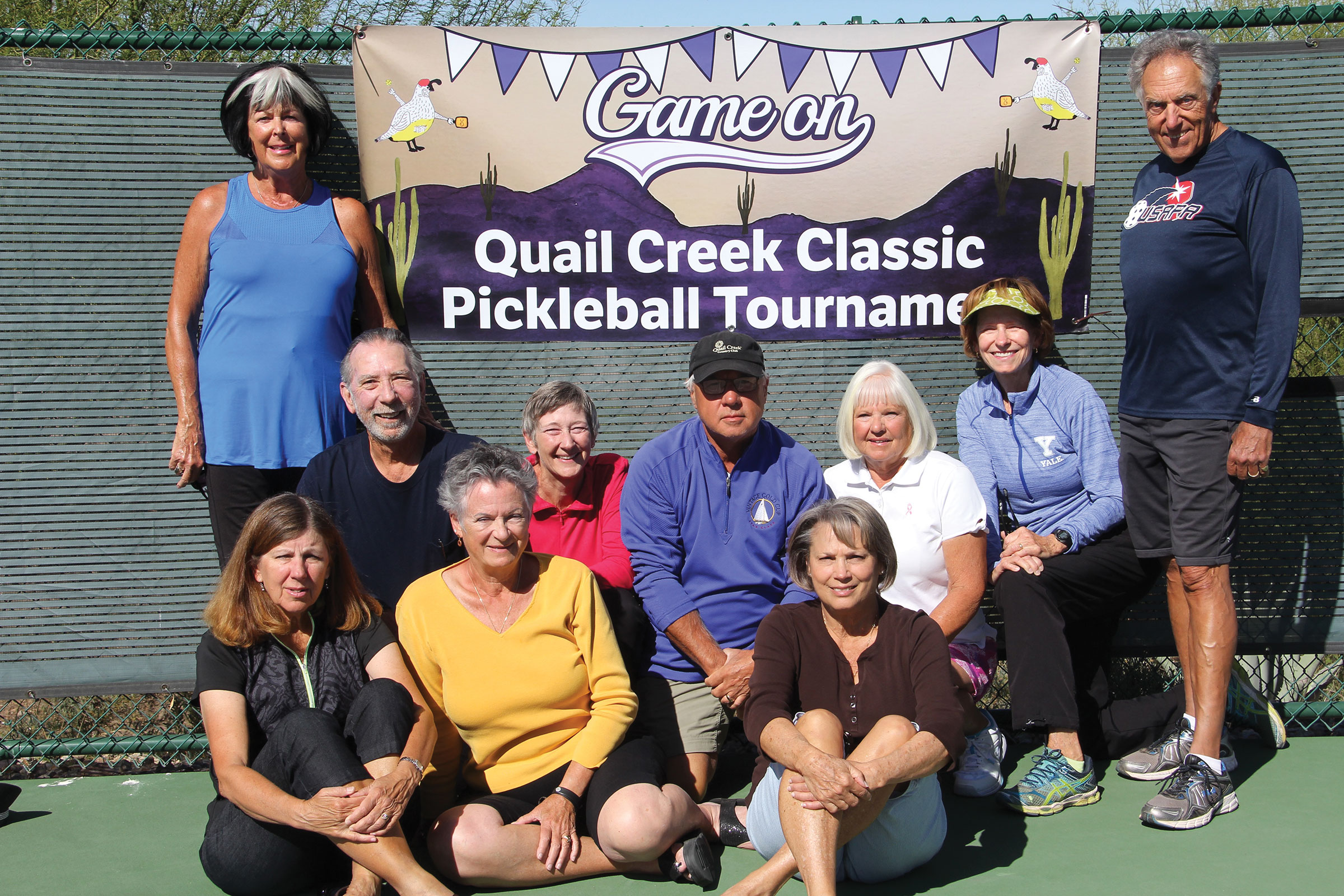 The second annual Quail Creek Classic Pickleball Charity Tournament was held at the Quail Creek Country Club pickleball courts in Green Valley, AZ on March 24 and 25. The event was a fundraiser for St. Jude Children’s Research Hospital, the 2018 charity of choice of the USAPA.

The 2017 tournament raised $3600 from 75 participants. The March 2018 tournament raised $7,930 from 139 participants and donors in the Green Valley area. $5,300 was raised from voluntary registration donations, $1,200 from a silent auction and $750 from raffle ticket sales for items donated by local merchants. Other cash donations from supporters of St. Jude totaled almost $1000. To maximize the donation to St. Jude, expenses were just $330, with $180 for medals being the single largest expense.

The Quail Creek Classic tournament co-directors were Quail Creek residents Erika Lochow and USAPA Ambassador Lenny Friedman. The format was a round robin to 15 points with a medal round to determine gold and silver recipients. In the two-day tournament, participants competed in 2.5, 3.0. 3.5, and 4.0 in women’s, men’s and mixed doubles. All matches had referees and the medal rounds had lines people. Other than playing in high wind conditions, participants enjoyed the tournament and are looking forward to competing in next year’s Quail Creek Classic charity pickleball tournament March 23 and 24, 2019 at the Quail Creek Country Club.