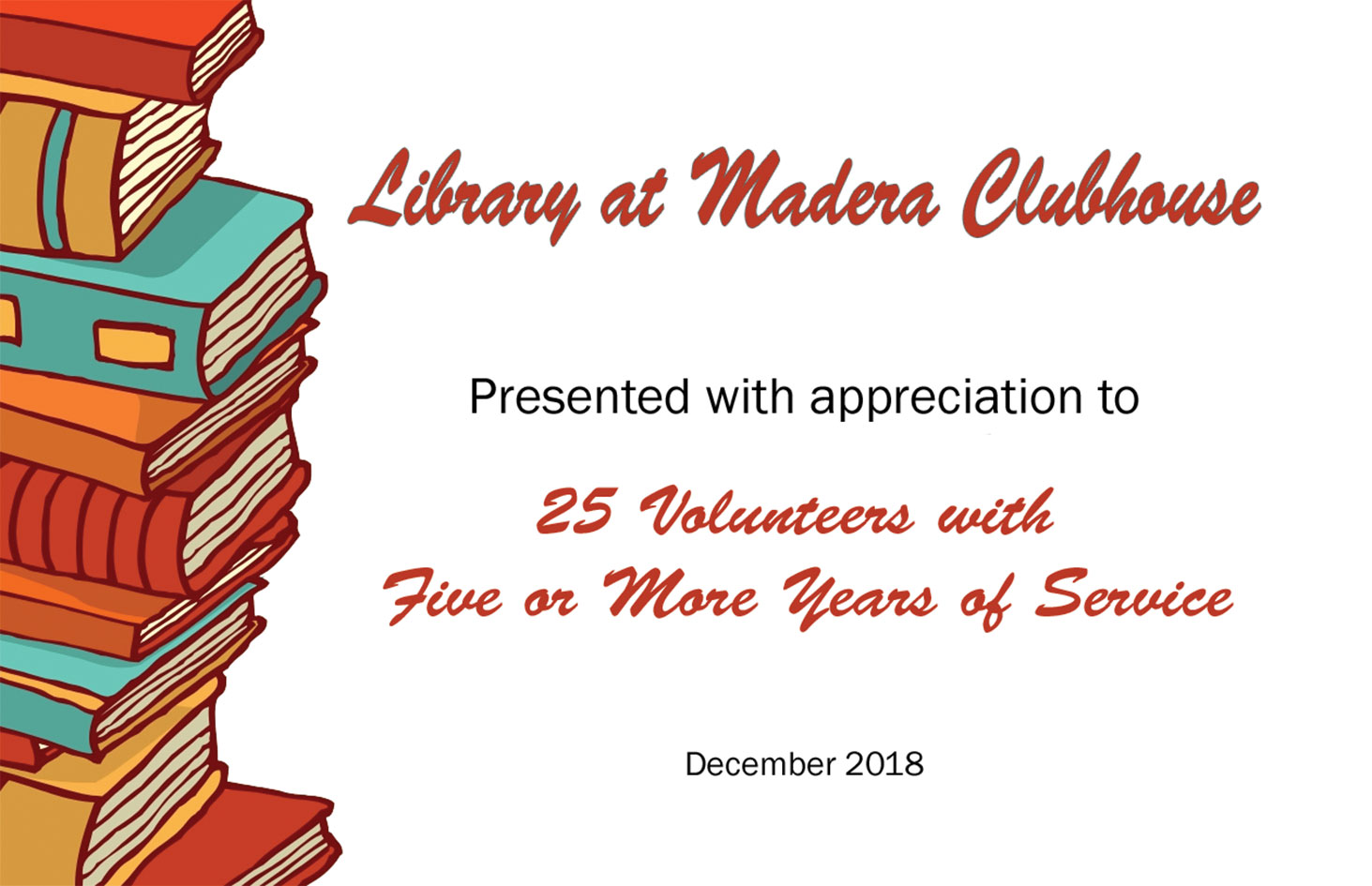 Visitors to the Library at Madera Clubhouse owe a debt of gratitude to the 40 residents who volunteer there, organizing, shelving and alphabetizing donated books on an almost daily basis. Of those 40 volunteers, seven have been serving since 2006; that’s 12 years of making Quail Creek a better place to live!

Of the 40 volunteers, 25 who have five or more years of service were honored at the December 4 annual library meeting and were awarded certificates of appreciation as well as accolades from their peers. The honored volunteers are the following: