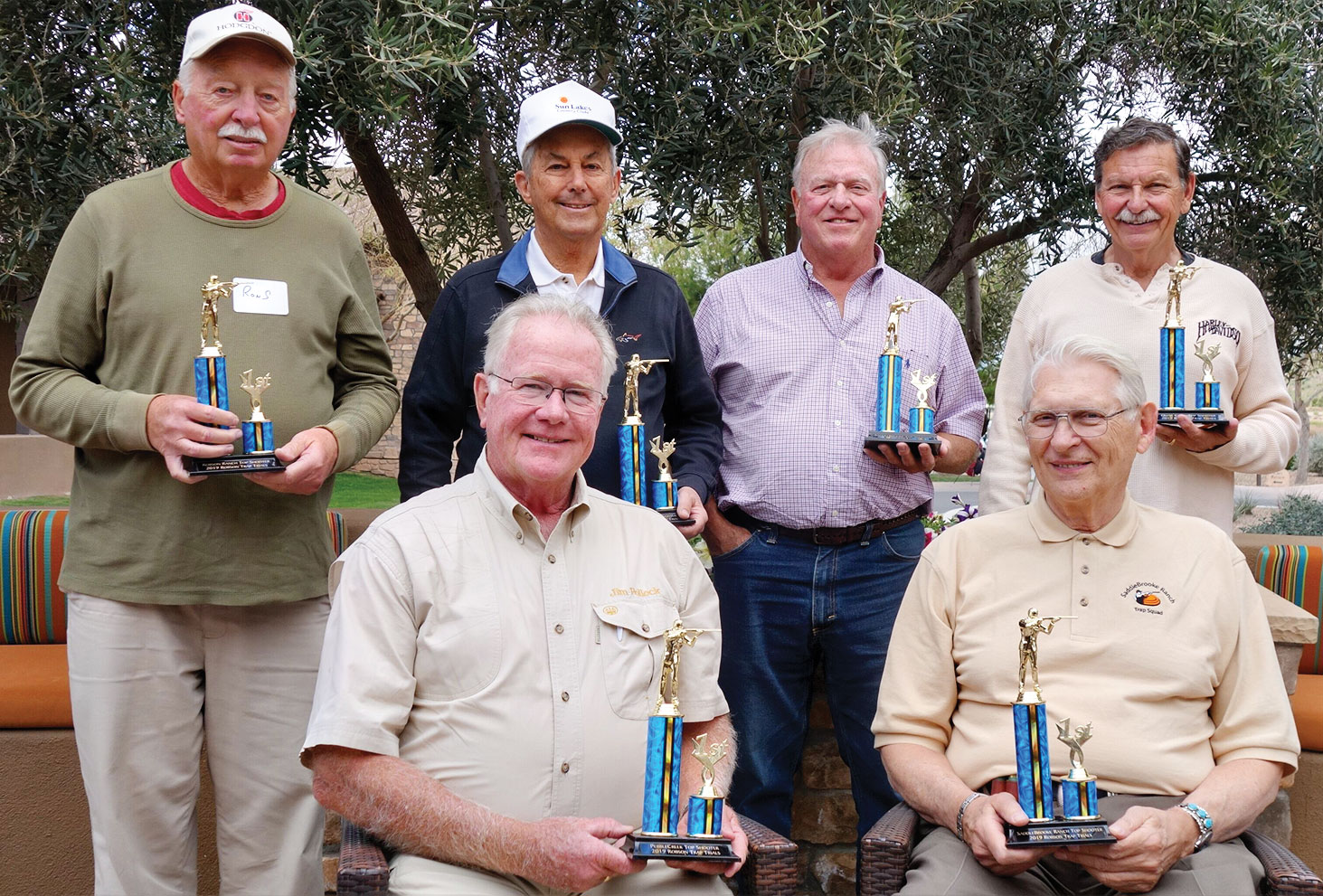 “We didn’t see that coming,” exclaimed Bill Wagner, PebbleCreek Gun Club President and lead organizer of the 2019 Robson Trap Trials. “Sun Lakes came in third last year, so we were completely surprised, and defeated, by their top shooters this year. It’s Sun Lakes’ first capture of the coveted Robson Trap Trials award. We had fairly good weather and 51 great shooters from six Robson communities here in Arizona. We had a number of very close scores and a lot of wonderful camaraderie. Couldn’t have been better, except if the Sun Lakes team had dropped a few more birds!”

While the top three shooters were from Robson Ranch, PebbleCreek and Sun Lakes respectively, it was the combined scores of the five Sun Lakes shooters with the best scores that took the trophy. This year the winning Sun Lakes team had a combined score of 339 targets. Second place went to PebbleCreek with a very close 338 targets, and third to Robson Ranch with 326 broken targets. The SaddleBrooke team had a combined score of 304, SaddleBrooke Ranch was close behind with 299 and Quail Creek came in sixth with 248.

The Robson Trap Trials were organized in 2011 by Henry Tom, past president of the PebbleCreek Gun Club. The “Trials” consist of three rounds of trap shooting, followed by lunch (again, this year in the Robson Ranch Ballroom), along with awards, door prizes and a cash bar. This is the third year the event has attracted shooters, experienced and novice, from six Robson communities in Arizona: PebbleCreek, Quail Creek, Robson Ranch, SaddleBrooke, SaddleBrooke Ranch and Sun Lakes.

In addition to claiming the “trophy” (actually, a perpetual plaque), the first-place team (the five Sun Lakes shooters with the best scores) also received individual trophies for their achievement. First, second and third place trophies also went to the top male and female shooters participating in the event.