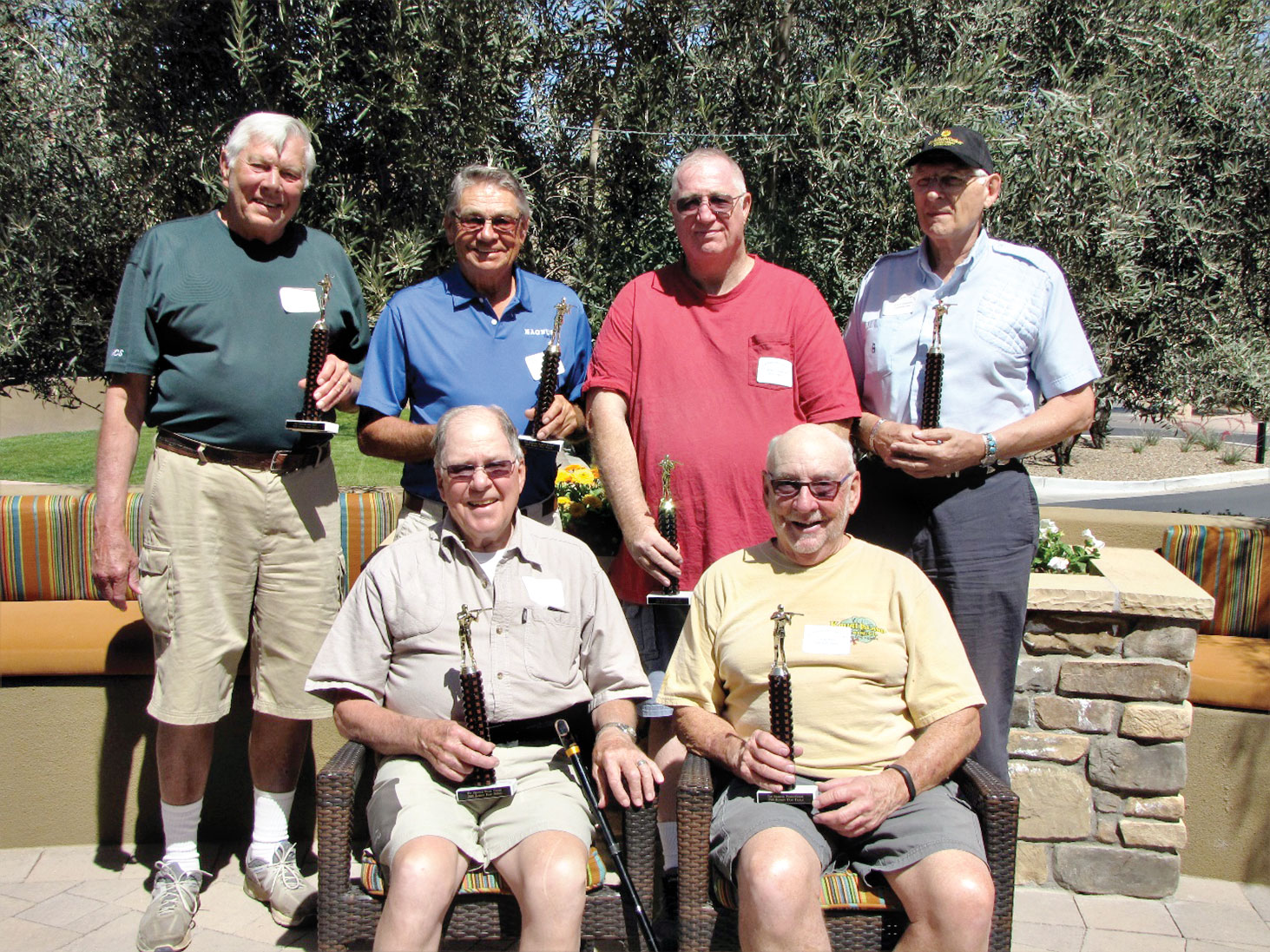 “What an outstanding competition we had this year,” exclaimed Bill Wagner, PebbleCreek Gun Club Vice President and lead organizer of the 2018 Robson Trap Trials. “We had perfect weather and 58 great shooters from six Robson communities here in Arizona. We had a number of very close scores and a lot of wonderful camaraderie. Couldn’t have been better—except if I had won!”

While the top three shooters were from Robson Ranch, SunBird and SaddleBrooke respectively, it was the combined scores of the five PebbleCreek shooters with the best scores that took the trophy. This year the winning PebbleCreek team had a combined score of 346 targets. Second place went to SaddleBrooke with 334 targets and third to Sun Lakes with a close 330 broken targets.

The top shooter scores were also incredibly close with Robson Ranch shooter Tom Gayer, and SunBird shooter Bruce Engle, both breaking 73 of 75 targets. Gayer took the top spot by shooting 25 concurrent targets in the first round. SaddleBrooke’s Al Swenson shot a 72, as did Sun Lakes’ Charles Chapman, but Swenson walked away with the third-place trophy for shooting 25 concurrent targets in the first round as well.

The Robson Trap Trials were organized in 2011 by Henry Tom, past president of the PebbleCreek Gun Club. The “trials” consist of three rounds of trap shooting, followed by lunch (this year in the Robson Ranch Ballroom), along with awards, door prizes and a cash bar. This is the second year the event has attracted shooters, experienced and novice, from six Robson communities in Arizona: PebbleCreek, Quail Creek, Robson Ranch, SaddleBrooke, SunBird and Sun Lakes.

In addition to claiming the trophy (actually, a perpetual plaque), the first-place team (the five PebbleCreek shooters with the best scores) also received individual trophies for their achievement. First, second and third place trophies also went to the top male and female shooters participating in the event.