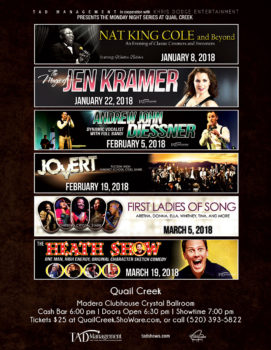 Get ready to have your minds blown. The music of this steel drum band is amazing. Energetic and uber-talented youths from Tucson bring a performance unlike any you have ever seen or heard. Acclaimed nationally and internationally as one of the best steel drum bands, Jovert will entertain you with a wide variety of music that promises to keep you dancing throughout the night. The band never disappoints and you will be inspired by the talent, sincerity and energy of these young stars. We have no doubt that this will be one of your favorite shows of the year.