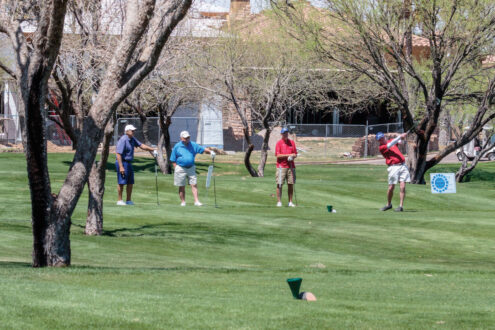 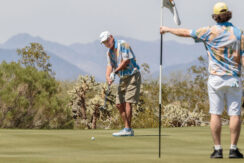 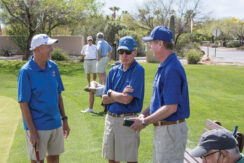 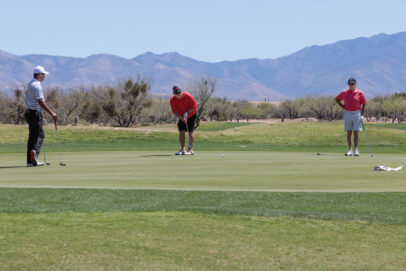 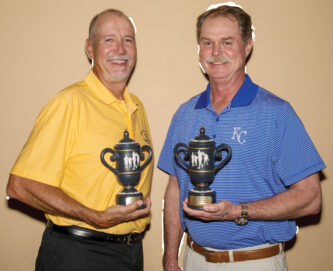 For the 16th year, the QCMGA hosted the Member Guest Invitational Tournament run from April 4 through April 6, 2018. Chuck Stensrud took on the chairmanship for the fourth time. He and his committee provided an interesting venue that included five nine-hole matches, tee gifts chosen by the participants from a wide array of Footjoy/Titleist products, a team putting competition, 31 raffle products, several meals, beverages and an outstanding closing banquet that included spouses.

There were five flights with six teams in most flights ranked by total handicap from lowest to highest. Each team plays all the other teams in their flight on a match play basis for nine holes. That means a total of five matches. The top three teams were in the money in each flight. All three golf courses were used during the three-day event and were in fine shape for early April. Thanks to JR Kies and staff for course conditions.

This year, the five flight winners moved on to a 9-hole Best Ball Net competition. This too was not enough as additional holes were required to finally determine the overall winning team. Doug Stacken and his partner Rick Higgs emerged as the winner from the Jack Nicklaus Flight No. 1. Quite a battle to emerge victorious.

The tournament had good weather for all three days and many close matches. Flight winners were decided by the final match and the difference in points were between a tie and 3.5 points in all flights.

The following were the individual flight team winners:

A team putting competition of 18 holes (alternate shot) was run on Thursday. Four teams qualified for a playoff. The winning team was also the overall match player winner—Doug Stacken and Rick Higgs.

Congratulations to all the winners in our Member Guest Invitational tournament in 2018. We look forward to seeing all return for the event in 2019.